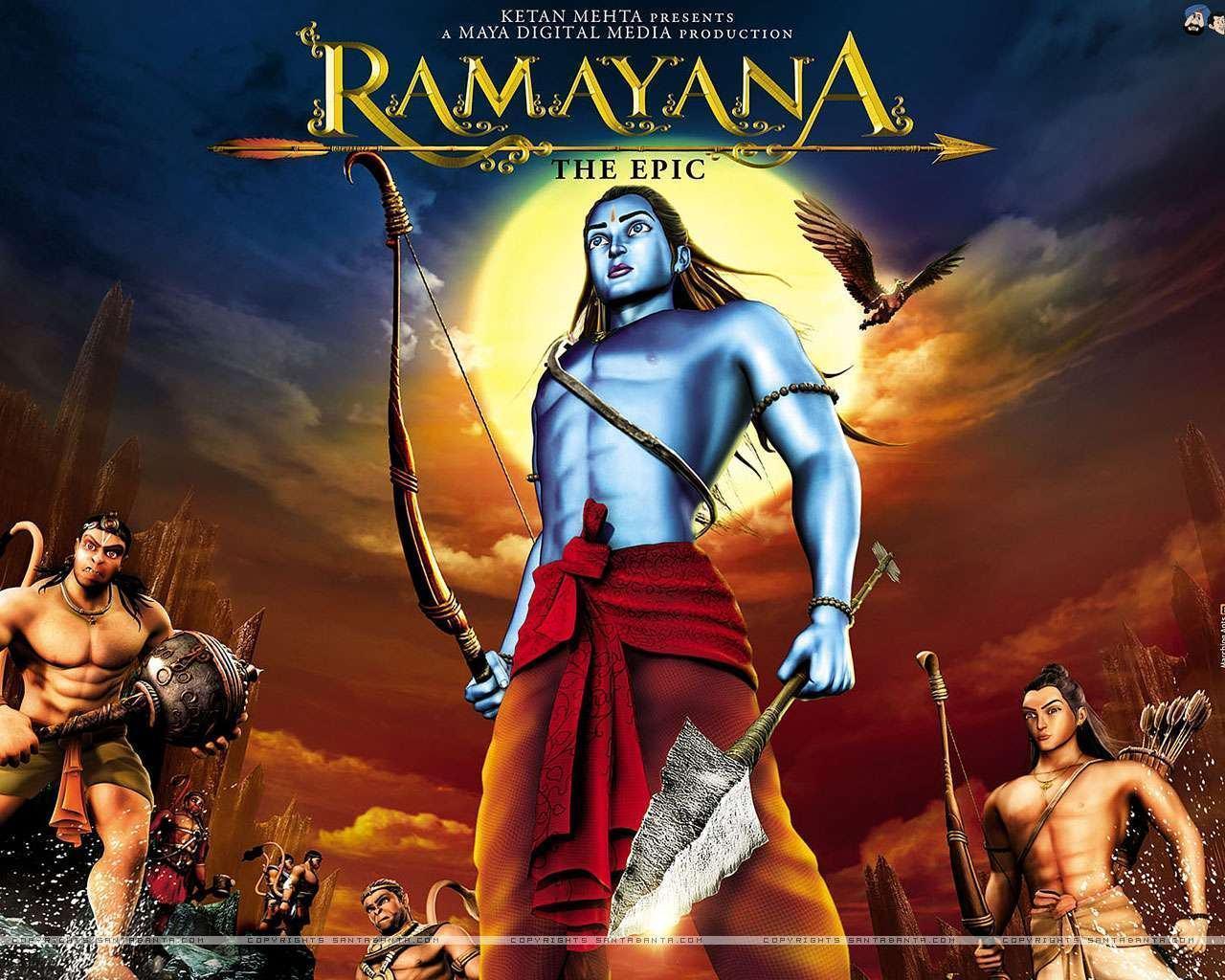 ‘Ramayana’, this is perhaps one of the most awe-inspiring cultural entities in the context of understanding Indian culture, literature, society, politics, religion, aesthetics, and so on. Ramayana is not only an Indian epic; it is a living tradition in India. It exists in the collective unconscious of the Indian mind. Ramayana is a palimpsest, one of the richest storehouses to which Indian culture and literature owe massively. It has been interpreted, reinterpreted, recreated, transmuted, transformed, translated in a multifaceted manner, in multiple narratives, and through multiple media. A.K. Ramanujan, in his seminal essay, ‘Three Hundred Ramayanas: Five Examples and Three Thoughts on Translation’, suggests that each version of Ramayana is an independent creation owned by its respective author. The tradition of orality and plurality that permeates the realm of Indian Sahitya renders every creative mind the freedom to interpret Ramayana in their own way, and each creation emerges to be an individual creation with certain cultural specificities of its own. Thus, Ramayana continues to exist in an unceasing flow of creations.

The most popular version of Ramayana, written by Valmiki in Sanskrit, dates back between 5th and 4th century BC. However, with reference to the oral literary tradition, it is often believed that the earliest version of the epic emerged as an oral narrative which eventually was compiled and edited by Valmiki. This version is popularly known as the Valmiki Ramayana, the earliest version, that has become the source of inspiration to a vast range of later interpretation and translation. It has 24,000 verses spanning over seven kandas or cantos. Valmiki, thus, is reverently referred to as the Adikavi (earliest poet) of this grand epic. The next version that gained popularity was the Jaina version named Paumachariya, written in Prakrit. It was written in the 4th century AD by Bimal Suri. This text is believed to be the first interlingual translation between Sanskrit and Prakrit. The text also exhibits much sympathy towards the characterization of Ravan and he has not been depicted as the archetypal villain, rather both Ram and Ravan appear as Jaina salakapurushas in this text. Next, to mention, is the immortal Tamil creation of Ramayana, Iramavataram, by Kamban. The text, popularly known as Kambaramayanam dates back to the 12th century AD. Iramavataram is essentially not a translation of Valmiki Ramayana. It is an individual creation, influenced by Valmiki’s work, with its culture-specific line of narration. While, on one hand, Kamban’s sympathy towards Ravan is strikingly evident in his narration, on the other, Ram transcends the image of an ‘ideal man’ and emerges as a god in this text. The influence of the Bhakti philosophy on Kamban gets reflected in his perception and interpretation of the Valmiki narrative. In 12th century AD, another Jaina version of Ramayana was composed by Nagachandra in Kannada. This version is named Ramachandra Charitrapurana. Nagachandra radically deviated from the narrative line of Valmiki’s, especially, in the character portrayal of Ravan. Ravan appears as an epic tragic hero in this text, transgressing his usual demonic image. Telugu poet, Ranganatha had composed an adaptation of Valmiki Ramayana in the 13th century AD which is popularly referred to as the Ranganatha Ramayana. This verse composition has an inherent lyrical quality. In the 14th century, Kritivasa translated Valmiki’s Ramayana in Bangla, which is considered to be the first major translated version of the Valmiki text in an Indian language. In the 15th century AD, Sarala Das composed Bichitra Ramayana in Oriya. At the same time, Ezhuthachchan wrote his version of Ramayana in Malayalam named Adhyatmaramayanam Kilipattu. This version was based on the Sanskrit version of Adhyatma Ramayana written between the 13th and 15th centuries AD. The word ‘kilipattu’ refers to ‘bird’s song’, in Malayalam. In this version of Ramayana, a parrot sings and narrates the Rama tale. Both Adhyatma Ramayana and Adhyatma Kilipattu have a striking narrative element that is quite deviant from the Valmiki text. In both the texts, a concept of ‘shadow’ Sita or ‘Maya Sita’ appears. Sita disappears just before her abduction and reappears during the Agni Pariksha episode after the war gets over. In between, it is the shadow Sita who remains captivated in Ravan’s Ashok Vatika. Tulsidas, in his Ramcharitmanas, too includes his same concept of ‘Maya Sita’. Ramcharitmanas, written in the 16th century AD was composed in the Awadhi-Hindi dialect. This is one of the most popular versions of Ramayana, after Valmiki’s and Kamban’s that India has ever had.

Ramayana is an aesthetic treasure trove for South Asia as a whole. Some popular versions of this epic outside India are Yama Zatdaw in Myanmar, Reamker in Cambodia, Phra Lak Phra Lam in Laos, Kakawin Ramayana in Indonesia, Ramayana Swarnadwipa in Sumatera, Maharadia Lawana in the Philippines, Ramakien in Thailand, and Siddhi Ramayan in Nepal.

There are a number of inter-genre representations of Ramayana that have become an integral part of the diverse Indian cultural tradition. The most popular ones among these are the performative representation of Ramlila which massively impacts the cultural front of the northern part of India. ‘Tholppavakkoothu’, the famous leather puppet show of Kerala presents a unique kind of performative interpretation of Kamban’s Ramayana. A write-up on Ramayana can never conclude without the mention of Ramanand Sagar’s television production which is perhaps the most successful television serial that India has ever produced.

Representations and interpretations of Ramayana are discernible in every cultural nook and corner of India. People belonging to different cross-sections of society have taken part in celebrating this epic tale. Artists in every generation have contributed to the cultural and social evolution of the Rama story. Ramayana and its plethora of tellings and retellings eternally remain to be one of the key cultural constructs of India.